The CATDS level 3 (L3) soil moisture (SM) product was developed to take advantage of several revisits of the same point over 7 days. This multi-orbit retrieval was intended to stabilize the Vegetation Optical Depth (VOD) and thus to improve the SM retrievals quality.

It was not the case actually, which lead to poor performances of the L3SM .

We worked on this issue and found the cause of the problem. A correction was made to the algorithm and  tested. The modification has been implemented in the operational processor since mid July 2019. The figure below presents the time series of level 3 SM and VOD L3 (in blue) for a site in Australia before and after the correction. Before the modification (on left hand side of the vertical dotted line), one can noticed spurious peaks of SM (indicated by green circles) which are not present in the other SM products (ESA level 2 in orange, SMOS IC in red). This erroneous retrievals are also visible in the VOD, where high values are reported. 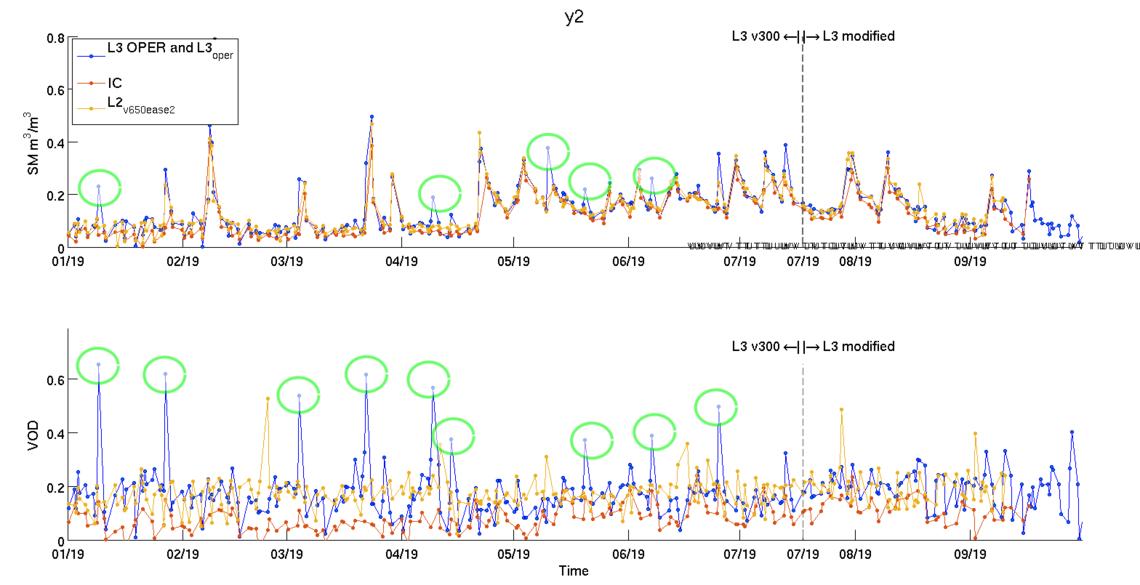 After correction, CATDS level 3 behaves normally. A complete reprocessing will be done in 2020, that will encompass both the new ESA level 2 processor and this correction.